Skip to content
NextMy seatmate tries to make me fall in love with her by teasing me repeatedly, but somehow she was the one who fell – chapter 1Next

My seatmate tries to make me fall in love with her by teasing me repeatedly, but somehow she was the one who fell- prologue

Author changes POV so often, try not to be confused

She is someone with the nickname “Seatmate Killer”, and also one of the prettiest girl in the school. Every male student that became her seatmate has confessed to her, and all of them got rejected brutally. The one who became her new seatmate, the seat beings located the furthest away from the front and beside one of the windows, thus being a godly seat that will make every male student jealous, is Narito Yuki. He is someone that generally you won’t notice at all. The entire class thought that he will fall for her in a short time, but that may not be the case…..

「You’re such a lucky boi! Not to mention you get the furthest to the front, window side seat, such a godly seat!」

Time for the homeroom to start.

I, Narito Yuki, who’s currently changing his school shoes, got caught by my sole friend Hayami Keitaro before the start of the morning class.

Today as per usual, Keitaro has his hair standing straight up, his sleeves rolled up and his shirt opened up to the second button, even though it’s not even that hot, he used his shirt to make wind to cool himself down.

「As expected seat beside the window is good isn’t.」

「The window is just the bonus! What are you feigning ignorance for!」

The reason why Keitaro is being noisy while walking down the corridor, is the seat plan change that happened after LHR(long homeroom) yesterday.

Back then, the seat that I got from the lottery is the furthest back seat by the window.

And then the one who’s beside that seat is the class most, no, it can be said that she’s one of the top beauties in the school, Takatsuki Yui.

「Not only me, but the whole class is talking about it. Like what were the chance of you getting that seat. Maybe you’ve already used a few years worth of luck.」

「If that’s the case then I’d rather win the lottery.」

「Why do you say such things? Like be happier! You’re so damn cold.」

Honestly speaking, Yuki did not want to use his few years worth of luck for such things.

Even though he kept getting called cold guy, in Yuki’s perspective, Keitaro is the one who’s too hot.

There’s this time when I asked him,「You look like someone who flips his calendar in a excessively burning way.」and then he answered, 「Is it wrong if I do so?」with a serious look.

「Let me guess, even if you have that not interested cold face, but actually since yesterday you’ve been thinking sorts of stuff right? Aah~ What if she started talking to me? What should I say? Sort of stuff. You closet pervert.」

According to Keitaro, Yuki is someone who has less reaction than most people. Also, that he always has a sleepy face. Like he’s always dazed.

Excluding that, he is just a normal high school male student. Yuki himself thinks the same.

「I doubt she will talk to me anyways.」

「That might not be the case. She has a tendency to talk to the male that she had become seatmates with. Even if he’s someone like you who doesn’t have that much presence.」

「Up till now, all of the male that she had become seatmates with had confessed to her and all of them got brutally rejected. Wait, I think I talked about this before.」

According to Keitaro, just because she starts talking with you doesn’t mean she has feelings for you.

It’s just that she has a nature where she can’t be comfortable without being able to talk to anyone that she had become seatmates with.

「Well she even got named “The seatmate killer”. With all of our classmates, using a few days, we had made some sort of bet on how many days you’d stay in that seat. Well most of them said it’ll be three days at most. But since I am your owner, I have made a bet of 1 week at most.」

We arrived at the classroom while my shoulders were hit multiple times.

As soon as We entered the room, Keitaro had started greeting people here and there loudly. Handling this tension in the morning will be really difficult for most people.

If you’re wondering why Keitaro and Yuki are friends, well it just happened.

In physical education class, we were told to make a 2-man group. Keitaro, who had an excessive tension was avoided, and Yuki, who had almost no presence was forgotten. Then they got grouped.

Well that story happened last year, and even this year, we just got in the same class coincidentally.

Well I think that most of the things happen by chance.

That’s why I think that Narito Yuki and Takatsuki Yui became seatmates by chance.

While thinking so, Yuki went to his seat while yawning.

Like Loading...
NextMy seatmate tries to make me fall in love with her by teasing me repeatedly, but somehow she was the one who fell – chapter 1Next
Subscribe

well nothing happened in this chapter but seems interesting to see how it goes between them .thanks for the chapter .

Thanks for picking this up!

Found it good, btw, where can I look for the illustrations?

The novel is serialized, with its second volume released on June 30, any illustrations are probably in there. No such pics on this site though.

You can see the covers of the two books on syosetu (I guess you can consider those freeebies), or buy the books on amazon(JP), here is a link.

Be warned, those books are in Japanese, not English.

Looks interesting… thanks for the translation! 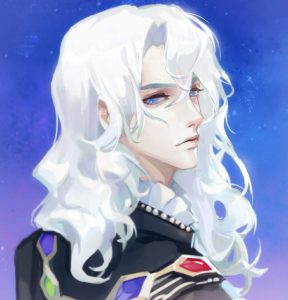