Chapter 62: That time when I had an in-island adventure Part 2

After about two more hours of walking, the crater came into view. I tried peeking into the hole that should be no less than a hundred meters while making sure not to fall. I can see the lava bubbling in it.
I’ve seen a video of a human-sized bag of garbage being thrown into lava caused the volcano to erupt so I won’t even try to do anything to it for now. Before going back home, I took another dip in the hot spring while trying to come up with a way for us to utilize that volcano.

「Oi, Caam. Where were you? I tried asking Fleur-san where you were but it seemed like she didn’t know so we had no idea where you were. Also, there was a demonkin that looked like a bird」

While complaining, the dog-eared old man pointed towards the harpy on the roof looking around restlessly.

「Ahー…… I guess there were no red flowers there. I was just at the top of that mountain you know? Also, that girl is a harpy. As you can see, she’s a bird-like demonkin」
「Haaー. Fine, I’ll stop getting all worked up about every single thing that you do since it’ll be bad for my heart. Just do whatever you like」
「Sorry about that」
「You don’t have to apologize. You’re just trying to make this island better as a Demon Lord, right? I’m guessing that that bird has something to do with that」

Nope, she doesn’t have anything to do with that…… I just happened to meet her.

I just tried to come up with an excuse for now.

「You didn’t abduct her, right?」
「I asked for permission so it’s not abducting. I just told her that there was a village over here」
「I-I see……」

It doesn’t look like he believes me…… Well, I’ll just try talking to her for now.

I turned around and tried to show the dog-eared old man that I wasn’t a bad guy.

He just gave me a look that’s implying that I’m clearly a dangerous person.
The food was ready a while after that conversation so I tried talking to her once again while everyone was eating lunch together.

「Hey, you can tell that I’m not a bad guy now that you can see that everyone is getting along and having their meals together, right?」

I stroked Wulf’s fur while saying that.

「Hmmー, anyone who gives me food is a good guy」
「Right, right. You wouldn’t want to abuse everyone just because you’re a Demon Lord, right?」
「Un! I’ll call everyone!」
「Ha!?」

The girl named Facil flew back to the mountains after saying that.

Well, I’m rather glad she didn’t though. I was about to ask her if she wanted to live with us since she was alone. I would have embarrassed myself.

「Chief! You were rejected, huh?」
「It’s fine since I wasn’t aiming for that in the first place. My heart didn’t get hurt okay?」

Everyone started laughing after saying that. Looking at this situation, you can immediately understand we weren’t under a tense mood and we’re all getting along well.

While we were having an after-meal break, I noticed a pretty large shadow clouding over the sky in the west. After a while, we were finally able to see that the cloud was a flock of bird-like beings that were flying in the sky.

「When she said everyone, she really did mean everyone, didn’t she……? They were quick to act as well. My head’s starting to hurtー」

A short time later, a bunch of muscular males with gaudy colored feathers like red, white, and yellow, as well as some brown-feathered females who were slightly bigger than Facil came landing down.

「Are you the new Demon Lord? Thank you for taking care of my daughter」
「It was nothing. I just wanted to get along so I asked her to come and eat lunch together with us」
「According to her story, you say that you’re not a bad Demon Lord?」
「That’s how it is. I may have done a couple bad things but I’m a nice guy at my core you know?」1
「Fumu」

After saying that, he started looking around by just turning his neck.
It freaked me out, to be honest.

「Judging from everyone’s expressions and the number of containers of food that are being washed, what you said may not exactly be a lie」
「Well, I make sure to do my best to make sure nobody feels hungry at the very least」
「Umu, then you are a good guy」

This conversation is pretty much going all over the place, isn’t it? As expected of Facil’s parent I guess.

「Haa, well thanks」
「Umu, someone who doesn’t share his food with everyone is a bad guy after all!」

Is that something that their race believes? I don’t really get it.

「Then I have something I would like to discuss. Would you be willing to share some of your meat, fish, and wheat with us? We’re not going to ask you to give them to us for free, how about we give you some fruits that we have a lot of in exchange?」
「Well, we’ve recently got our hands on some meat and fish so I don’t mind but……」
「Then it’s decided. Oi」

At Facil’s father’s signal, one of the harpy women took out a worn-out sack, handed it to the man in front of her, then that man handed the sack over to me.
Looking at its contents, there were a lot of red fruits that were about the size of a segment of a pinky finger.
While I was trying to recall where I’ve seen this fruit before, we handed our excess fish and meat to them.

「Umu, you have our gratitude. The meat from rabbits and other prey that we’ve caught had been pretty thin recently so we were troubled by that. Then, if you would excuse us」

After saying that, the harpies behind him simultaneously flew up, only Facil waved goodbye before flying.

「Un, I can now understand why she doesn’t listen to what others have to say until the end」
「Maou-sama, can we eat this?」
「There’s not much of it to eat though, is there?」
「Whaー, then why did we exchange this for our food!」

One of the women from the herb-picking group protested.

「Well, you see, when you peel this off, you’ll notice that this fruit mostly contains the seed」
「Seed?」
「That’s right. And if that seed is dried, roasted until its charred, smashed into powder, then added into a cup of hot water, it will become a drink that a different from your regular old tea」
「A drink?」
「It might be bitter but it has a nice smell so I think it’s going to be popular」

I started by extracting the seed of the red fruit. Since it won’t dry in an instant, I just put it on a frying pan under low heat to extract its moisture content while roasting it.
We didn’t have a mill so I just crushed the roasted beans using a flat stone. After that, I put crushed beans on a cloth that was on top of the cup, then poured hot water over it.

「It was rushed since I didn’t have time to dry it but that’s more or less how the process goes I guessー」
「Ah, it really does have a nice smell and it’s completely different from tea」

After the herb-picker-san took a sip of the coffee, her face warped and she put out her tongue in disgust.
Hmmー, did I over roast it?

「I told you, it’s bitter right? However, it’ll be easier to drink if you put sugar and animal milk in it. You would typically use cow’s milk I guess」

After saying that, I sniffed the coffee’s scent, took a sip, and held it in my mouth to ascertain the taste.

「Hmmー is it a bit too acidic? I wonder if roasting it a bit more would get rid of the bitterness 」
「You know a lot about drinks, don’t you?」
「Hm? Well, anything can be drunk as long as it isn’t poison after all」23

Everyone may have just given me a bitter smile when they heard what I said but I actually really believe that.

After I poured the remaining coffee into a cup, the people who wanted to try it drank some and it received mixed reviews.

「How bitter!」「It certainly smells good…… I might get used this」「Hmmー, some sugar would be good I guess」「It’s going to be a no for me」
「If you drink it as is, you’ll get a bit more energetic and would also make you feel more awake. You might get addicted to it though, especially if you consume large amounts of it, so be careful. Also, it’s bad for humans who have babies in their bellies, so they’re not allowed to drink it. Well, I don’t think there are pregnant women here but please don’t forget that」

If I had to say, I guess I’m part of the tea faction. Coffee is also bad for pregnant women since it also has caffeine in it. I can recommend my barley tea and other herbal teas that I make though since they are non-caffeinated drinks. It’s just simple barley tea after all since I just boil them as is.

Well, coffee is good from time to time I guess.

Anyway, if we continue transacting with the harpies like this time, we could have just acquired the best item we can use for trading. I might even consider making a farm for coffee in the future so that we can secure a constant supply.

After all of that, I asked everyone to take out the seeds from the coffee fruit and dry them.
Meanwhile, I decided to go back to the hot spring so that I can go and explore the western side of the island.

I also agree, even if there are some…. special species/subspecies (try googling barn owls, some images might be… creepy).

I have to agree with the author, since even I think that it would be creepy if some macho man were to turn his head around 180. Straight out of a horror movie, especially if he also was grinning while turning his head.

While owls are nice, imagine if a person turned their head like that.

Whole comment chain reminds me of an old comic meme. 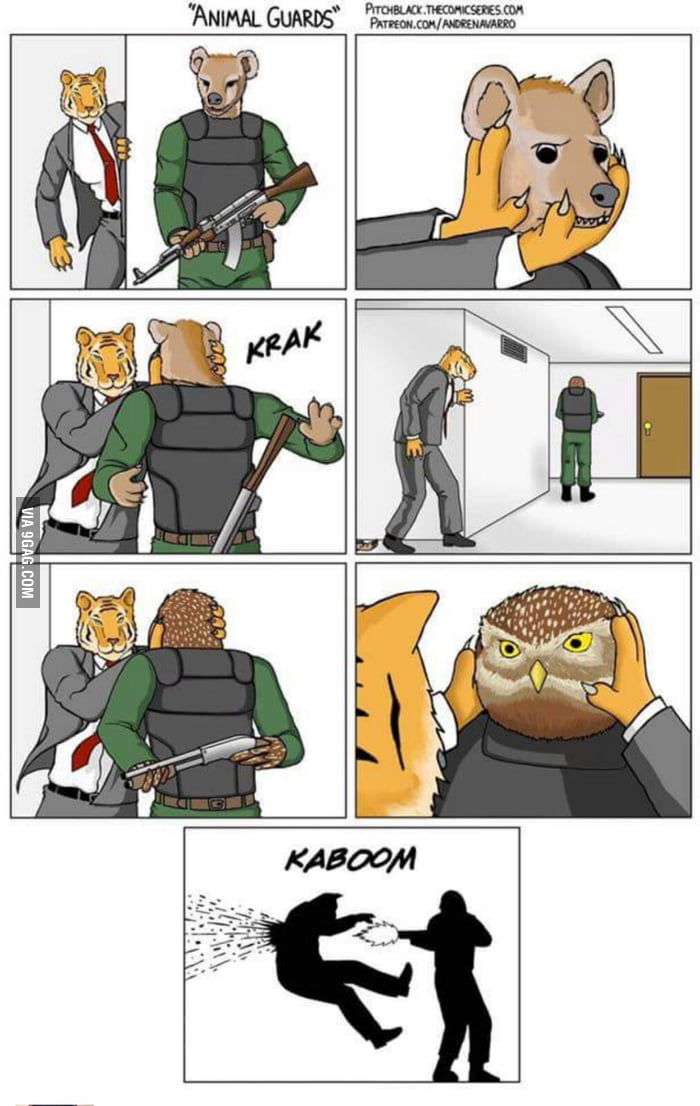 That’s a good one 🤣
Still, scary owl-men get less scary with feathers.

Thanks for the chapter!

It’s funny that he who would drink poison to train his resistance says it like that.
I think he was trying to say that, you can drink anything(liquid) that doesn’t harm you and hydrates you.

Hmmm, coffee!
Thanks for the treat.

Thanks for the Chapter!!! Looking forward to the next update. 🙂